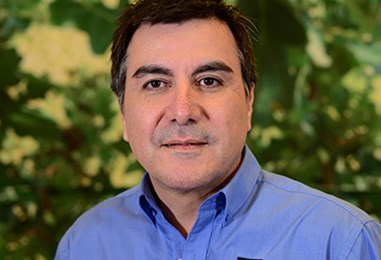 Manuel Galvez is Russell Mineral Equipment’s Regional General Manager for South America, one of RME’s most important international markets due to the region’s vast and relatively untapped mineral resources, which is leading to steady increases in mining investment and growth in client operations.

Manuel has been with RME since 2010 and today coordinates the effort to build the RME Mill Relining System brand in South America and raise awareness of the company’s unique value proposition which is to make the process of replacing mill liners both faster, and significantly safer.

Manuel views his role as both a facilitator and enabler, to ensure his team has the capacity and capability to successfully serve the company and the client. One facet of this is the execution of business development initiatives that will grow the customer base in South America, and the other is the delivery of world-class aftermarket services to RME clients in the region.

As RGM, Manuel manages a team of more than 60 distributed across 2 Chilean offices – Santiago and Antofagasta – and enjoys working collaboratively with RME Australia and North America. His well-formed experience and wealth of knowledge has developed during his decade-long tenure which has included operationally-critical roles such as Spare Parts Coordinator, Supply and Distribution Coordinator and customer-facing roles of Key Account Manager and Sales Manager.

Prior to RME Manuel worked extensively in administrative management in the Chilean mining sector including managing operations at the Escondida Mine Camp, the world's largest copper producer, and which gave him first-hand insight into the complexities of substantial minerals processing operations.

Manuel’s Bachelor’s Degree in Education and English Teaching from the University of La Serena has provided him with the ability to communicate and inspire cooperation in the spirt of service within the RME business and the end-client which the company contentiously and steadfastly strives to serve.